Please follow my limited blogs on the home page; more extensive blog posts are at

FOR OTHER OLLI WEST COURSES GO TO OLLI WEST FALL 2017

OLLI WEST LECTURE SERIES GIVEN ON APRIL 7TH, 2017: Mitigating and Adapting to our Future

WAS Taught on MONDAYS Spring 2017

WAS Taught on THURSDAYS Spring 2017

All readings will be handouts distributed weekly by e-mail or hard copies handed out in class for those without Internet access; please advise me of the latter. The readings will include excerpts from books, articles, and web site links. There are no required books for this course, although I might suggest some for those wishing to delve more into the topics at hand.

What We Know About Climate Change (Boston Review Books) by Kerry Emanuel (Nov 30, 2012)

p. 76: “…costs may be high and those paying them are not likely to be serious beneficiaries of their own actions. Indeed, there are few, if any, historical examples of civilizations consciously making sacrifices on behalf of descendents (sic) two or more generations removed.”

That’s what the discount rate is about. In that regard we need a social paradigm shift 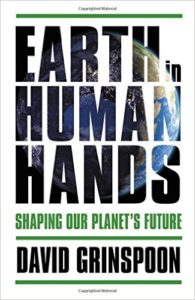 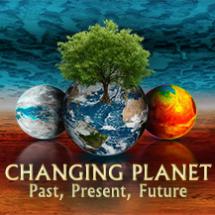 Modern humans have lived on Earth for only the past 200,000 years—not even a blink of an eye in the history of a planet that is about 4.6 billion years old. Scientists have discovered a rich fossil record of animal evolution going back more than 600 million years and a much richer one of microbial life starting almost 4 billion years ago. Throughout this time, the geologic record reveals that dramatic changes have occurred to Earth’s oceans, atmosphere, climate, and land forms, which match major biological transitions.

The Deep History of a Living Planet
by Andrew H. Knoll, PhD

Microbes have been the dominant life form throughout Earth’s history. Eukaryotes and animals evolved only after microbes…

The theory of plate tectonics took many decades to become accepted. The process by which it was finally accepted provides a…

Earth’s Climate: Back to the Future
by Daniel Schrag, PhD

Earth has been both cooler and warmer in the past, but the change is usually gradual. The current rate of carbon dioxide …

Climate Change: How Do We Know We’re Not Wrong?
by Naomi Oreskes, PhD

A discussion on climate change with the students attending the 2012 Holiday Lectures on Science.

Disclaimer: Any views expressed here are the result of my study, education and research and not those of associated affiliated societies or organizations.